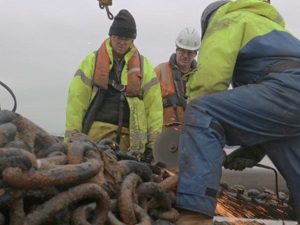 Two long days aboard the tug "Gundog" and our outer trot mooring's ground chain and risers have now been lifted, checked, replaced where needed & re-laid ready for the new season.

Ahead of this, several tons of new ground chain was purchased, together with sections of new risers, shackles & swivels and loaded abord Tango.

Thursday 06.00 tug “Gundog” appeared out of the gloom. Led by our bosun, the team of 6 volunteers boarded Tango. Several trips later, a new chain, moorings, and provisions were aboard Gundog and Tango secured alongside.

Commencing at the eastern end of the trot, a slow job of retrieving moorings, ground chains and anchors commenced.

The crew soon got into their rhythm winching, checking and replacing chain, as it was hauled aboard in 10’ lengths.

By mid-morning a welcome cupper appeared from the “galley” of Tango.

Work continued with the falling tide, allowing the tug to proceed up the trot from east to west until all the gear was aboard. The process was then reversed to re-lay the groundchain & risers again in 10’ lengths.

By 14.30, it was apparent that with the tide now reversed, work would have to be abandoned for the day.  The chain already laid, was marked with a buoy and the deck cleared, ready to commence the following day.

Friday morning, once again, saw the Bosun & team set out at first light to rendezvous with Gundog.  Work commenced at buoy 5 and this time, working west to east, the remaining chain & moorings were laid.

A huge thanks to everyone who helped with this mammoth task, and for all the additional days preparing and servicing our moorings. Here are some pictures of the action. 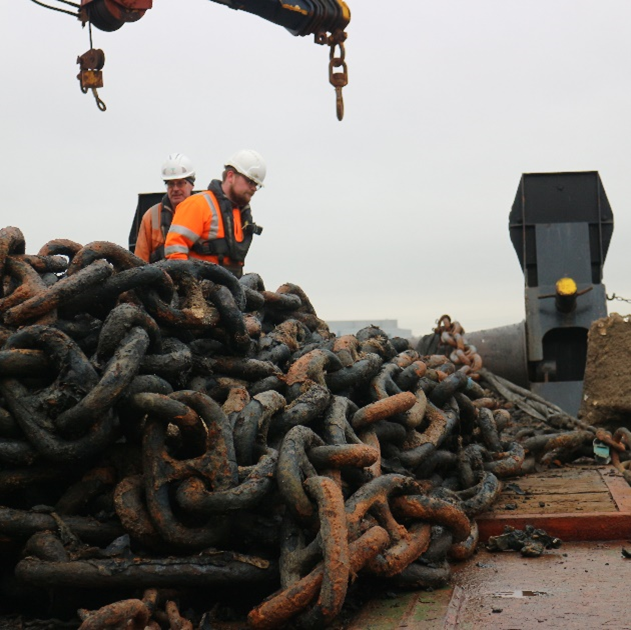 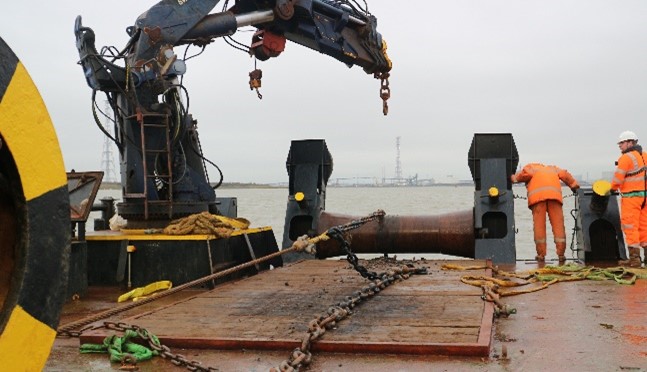 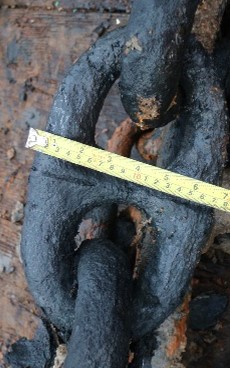 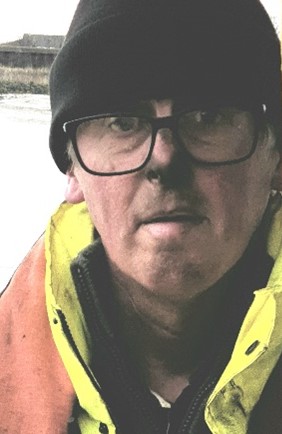 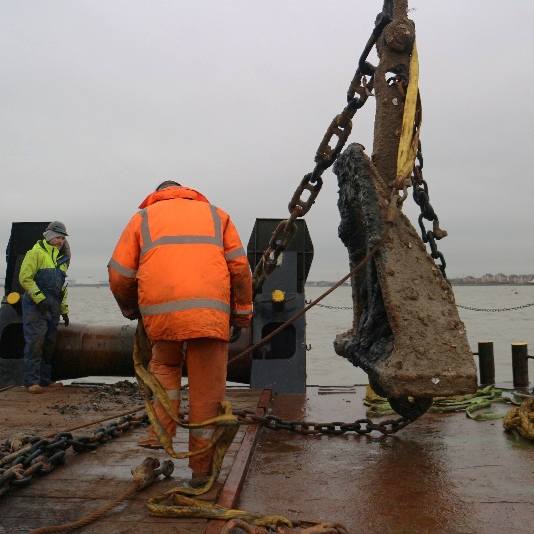